Autumn colour-ringed waders (and a tern)

Autumn migration generally sees us receiving a few colour-ring resightings of migrants, especially waders , but this year has got off to a great start! Just over the last week we've heard of some really quick movements of birds leaving the country via Cornwall. 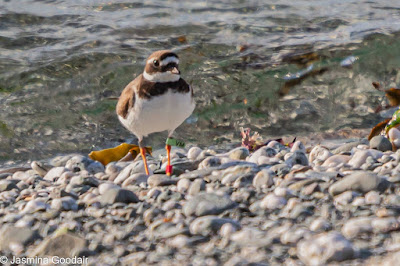 First up was this Ringed Plover seen on Looe Island on 24th August (photographed by Jasmina Goodair). Incredibly it had only been ringed two days earlier in North Wales, so had made a very rapid departure. It's also the first Welsh-ringed Ringed Plover to be found in Cornwall which makes it extra special. 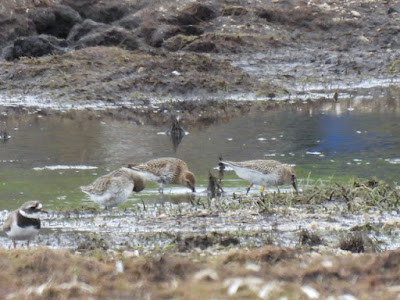 The plover was closely followed by this Dunlin, seen at Colliford Reservoir on 30th August (photographed by Linda Birtwistle). This too was a Welsh bird, having been ringed on 12th August at Ynyslas NNR, near Aberystwyth. This is now the third colour-ringed bird from this project seen here. 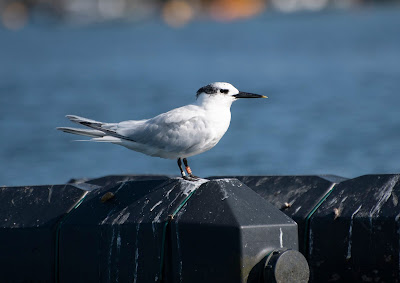 On a slightly different Celtic note, this Sandwich Tern was photographed (by Adrian Langdon) with a flock of Mediterranean Gulls on the Camel estuary on 28th August. It had been ringed as a chick at Lady's Island, Co Wexford in June 2019. Since then though it has been seen on the Isles of Scilly (September 2019) and also in Namibia (March 2020).

So do keep an eye out for any colour-ringed birds and feel free to drop us an email if you don't know where to look to find out where it's from.
Posted by Mark Grantham at 15:15