Hopefully this won't be blocked by too many browsers, but our latest CES visit at Gunwalloe was a bit of a Blue Tit festival, with several broods apparently converging on the reedbed for the morning!

The total for the day of 87 birds (24 from an extra non-CES 30' net) was dominated by Blue Tits, with 32 caught, including several adults. But most were noisy, newly-fledged juveniles testing out their biting skills for the first time!

The rest of the catch included 13 newly-fledged Reed Warblers (and 7 adults), 10 Sedge Warblers and a scattering of Bkackcap, Bullfinch, Reed Bunting etc... We were also reunited with Y101092, a female Cetti's Warbler ringed in June 2011 and only recaught twice since (in July 2011 and June 2014).

In other news, we also recently had a kayak expedition out to Trewavas Head and Rinsey to ring a few more adult Kittiwakes. In an eventful day, including losing a kayak and capsizing a kayak, we colour-ringed a further 15 adult birds as part of our RAS study. We were also able to resight a few birds from previous year, including a single French-ringed bird. 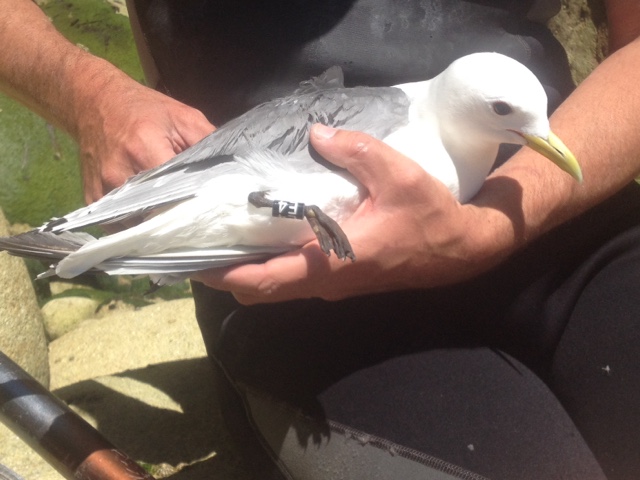 On the way back we stopped off to ring a few Herring Gull chicks at Rinsey: our natural 'control' site for the Falmouth urban gull work. We rounded up nine birds, so it was depressing to see broods of three later in the week with just two ringed! 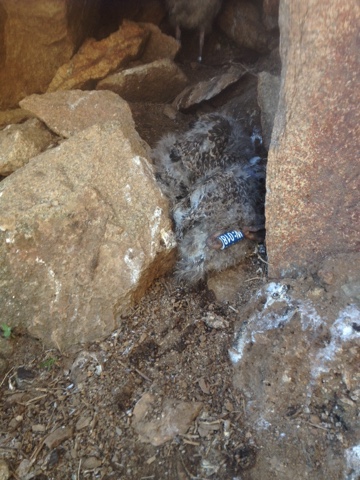 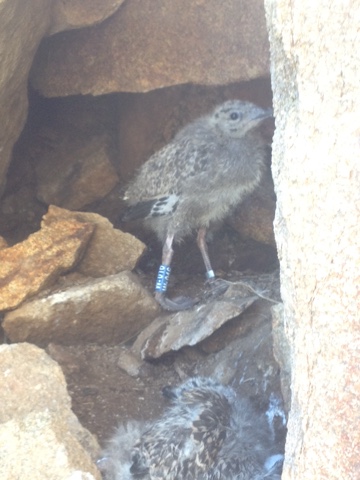 Posted by Mark Grantham at 11:32 No comments:

After the success of Storm Petrel ringing the previous night, we headed out to Hot Point again last night, this time in perfect still conditions. With just two of us out, we managed a very respectable 65 birds, but the make up of these made for one of the best nights we've had! 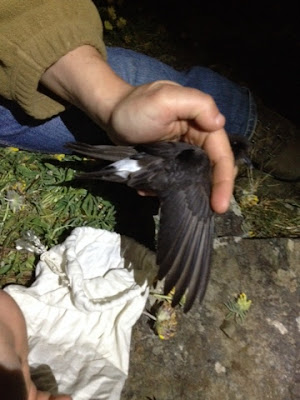 64 of these birds were, unsurprisingly, Storm Petrels, which compares well to the 40-50 we normally ring in the whole of June... but what was interesting was some of the recaptures of ringed birds. No less than four of these were French-ringed birds, all ringed above the 'knee'. The latest BTO Online Ringing Report (for 2013) shows just three French-ringed Storm Petrels recaptured in Britain and Ireland, so four on one night is quite notable! 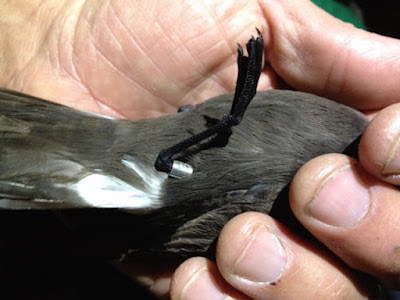 We also recaptured two birds ringed on the Isles of Scilly (in 2011 and 2014) and one of our own birds ringed last year which is interesting. The fact that one of the Scilly birds was ringed as an adult in 2011 contradicts the commonly-held belief that tape-luring only draws in young non-breeding birds...

A final hoorah for the night though was a very smart Manx Shearwater that blundered into one of the nets. We'd had one bounce out of a net the previous evening, but this one flopped in whilst we were extracting Stormies, so managed to get to it before it too bounced. Whilst half-hoping to find it was a ringed bird from one of the west coast breeding sites, it was an interesting training event fitting the overlapped and ellipsed ring! 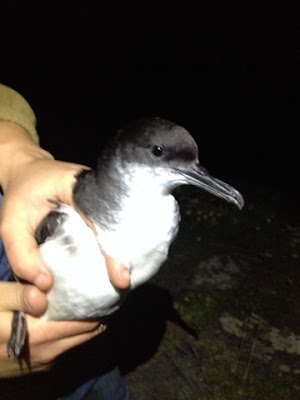 Not quite a 26-mile marathon, but a pretty full 24 hours of ringing was had yesterday. In the morning three of us kayak-ed out to Mullion Island to check on the progress of our Great Black-backed Gull chicks. These were, as expected, a bit behind the Looe Island birds, with most chicks being quite small. We ringed a token gesture four birds (and colour-ringed the only large-ish one), with our main ringing visit now planned for the end of the month. 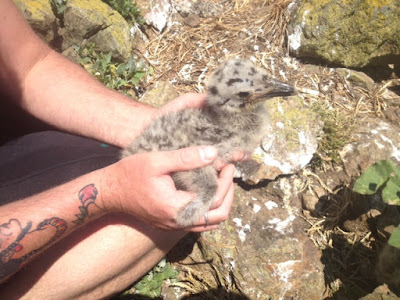 The island also produced a few surprises in the form of an adult Cormorant sporting an orange ring (presumably one of ours from a few years ago), a metal-ringed Shag (presumably local), a pair of Guillemots with a chick (and possibly four pairs of Razorbills) and this Oystercatcher nest. 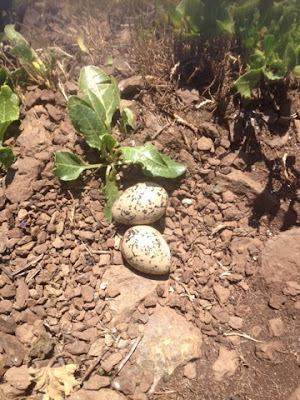 Later in the day we headed out to Hot Point, Lizard, for our first Storm Petrels of the year. In slightly too windy conditions, we managed 28 birds, including one from the Isles of Scilly and the obligatory bird missing a foot. With a few Manx Shearwaters buzzing round we also switched the tape-lure for a while, but despite five birds coming close none came quite close enough!

With dawn rapidly approaching, we switched location to Gunwalloe to get a pre-dawn net over the new cliff-top Sand Martin colony there. Must have been a bit cold, as birds were rather reluctant to get up, but as dawn arrived we managed to catch 17 birds, including two very fresh juveniles.

Posted by Mark Grantham at 12:07 No comments:

Whilst not really a ringing group sighting, we've just heard of a wing-tagged Red Kite in the county so thought we'd help track it down.

Whilst the mid-summer influx of Red Kites into west Cornwall is an annual spectacle, this year it's been quite exceptional. The last few days have seen large numbers of birds across Penwith, with the top spot going to Nanjizal, where 202 birds were counted on the 9th. On the same day, Linton Proctor was lucky enough to photograph a wing-tagged bird at Polgigga (below) and this proved to be rather exciting! 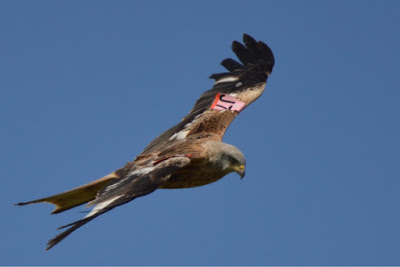 The pink tag indicates that this bird is actually from NE England, with the orange bar indicating it was a 2014 nestling. Thanks to the guys at Friends of Red Kites, we now know that this bird was ringed in the nest just a couple of miles from Gateshead Metro Shopping Centre in June 2014 and was last seen in the communal roost in the Derwent Valley in October. So why it should now be wandering so far from home is a mystery, but fingers crossed it will be seen again on it's way back north!
Posted by Mark Grantham at 10:15 No comments: