Another Stormie falls prey to a French cat

The weather continues to put a damper on any real mist-netting plans, but there's stil the occasional interesting bird to keep us happy. We were glad to hear last week that a Short-eared Owl that had been picked up in November with a badly-injured wing was almost ready for release, having been cared for by the guys at the Screech Owl Sanctuary. So this female was ringed before release, along with a Barn Owl and two Tawny Owls, so here's hoping we meet them again in happier circumstances! 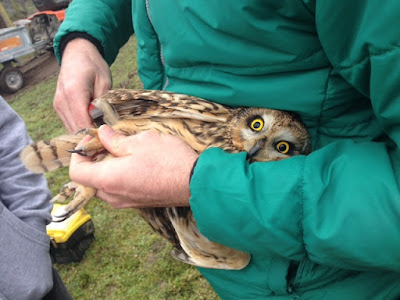 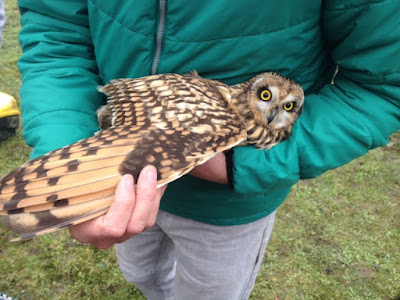 We also received news today of a couple of our Lizard-ringed Storm Petrels that had been found in France. A bird we ringed on 17th June 2015 was recaught by French ringers just two days later on Ile de Bannec, 173km from Cornwall. Sadly though, a bird ringed in August 2013 was killed by a cat on Ile de Molene, which lies very close to Ile de Bannec. This is the third of our Storm Petrels killed by a cat on the island, so it is rather worrying to think how many other birds are being killed!

The total is now around 1500 petrels killed by cats, mainly wandering prebreeders.


A first campaign of cat control with sterilization was launched in 2011 by the Iroise Natural Marine Park, but unfortunately nothing else was done since then."
Posted by Mark Grantham at 22:41 No comments:

One of these was a bird we ringed in August last year that then headed north, being recaught in Devon 26 days later! A rather more conventional movement has only just come to us via BTO, which was a bird ringed in July 2014 that was then recaught on southward passage in September in Guadalajara, central Spain. This is over 1,000km from Gunwalloe, but this bird obviously had a lot further still to go! 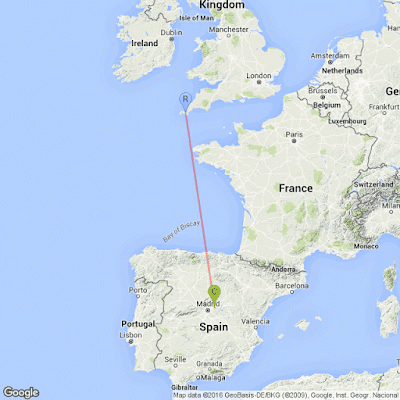 Posted by Mark Grantham at 12:33 No comments:

With all the ringing and resighting data in, we've just finalised the group report for 2015. This details some of the projects we ran through the year and also some of the more interesting movements of birds reported. You can download and view the report here: