Way back in September 2012, group ringers covering the autumn migration period at Marazion Marsh caught a Water Rail wearing a ring from the Belgian ringing scheme. This was quite exciting, as whilst Water Rails are known winter migrants into the UK, we really don't catch enough to know much about their movements. But it was only this week that we finally got the original ringing details back from the Belgian scheme, showing the bird had been ringed 52 days previously at Mechelen in northern Belgium. This is the sixth foreign-ringed Water Rail to be found in Cornwall, with others (all found dead) coming from Germany (four) and The Netherlands (two). 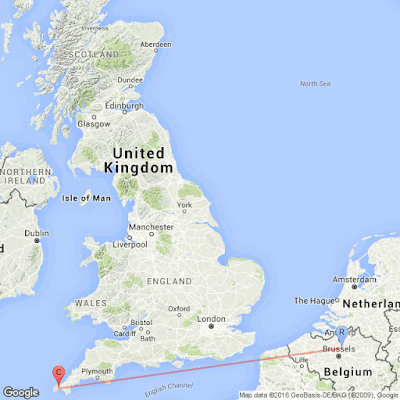 Others reports that came in this week included confirmation of the sad demise of one of our colour-ringed Peregrines. This had been ringed as a chick near Porthtowan in May 2014, but was found with a badly injured wing near Cornwood, Devon, back in March 2015. Unfortunately its injuries were too sever for it to be rehabilitated, so it had to be euthanased two days after being admitted to the vets.

Slightly cheerier news also came in confirmation of the ringing details of several rings and colour rings read recently. Some of these were well-known local birds, but it's always nice to receive the records back. This time, we had received details of a Dutch Curlew, a Great Black-backed Gull from Guernsey, two Mediterranean Gulls from France and Black-headed Gulls from Poland (two) and Belgium.
Posted by Mark Grantham at 15:52 No comments:

Great day for a diver!

Finally the wind let up long enough to get some mist-nets up, so we decided to get onto some of our farmland sites for the first time this winter! Sadly they weren't quite as productive as we'd hoped, with just 28 birds at Predannack (including three Skylark and five Song Thrush) and 32 birds at St Allen (including a rather smart male Yellowhammer). 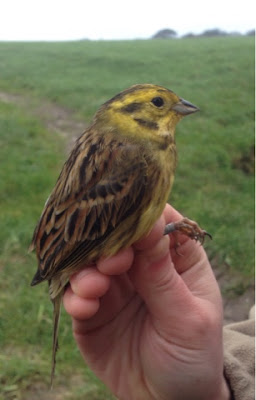 Just as we were leaving St Allen, we had a call from a couple of the group's ringers who were birding at Carnsew Basin, Hayle. They'd found an illegally set net across one corner of the pool which had managed to catch and entangle the regular wintering Great Northern Diver, so a rapid rescue mission was launched. With a kayak on hand just in case it was needed, we managed to safely bring the net ashore and untangle the bird (along with a few fish and crabs). After fitting a ring (a carefully-shaped L ring to fit its extremely flattened leg) it was released back onto the pool and seemed happy to go about its business. Enquiries are now underway by the local police to find out who had set the net last night. 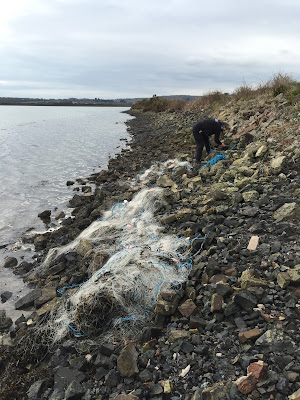 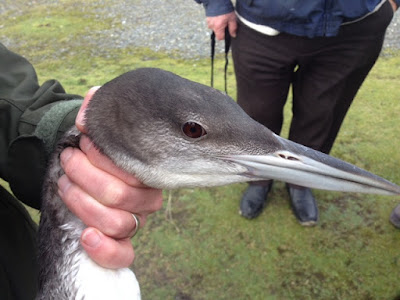 Well 2016 seems to be getting off on the same foot as the back end of 2015, with yet more wind and rain meaning there's not a lot of mist-netting to be done. But there are still gulls to catch and, just as importantly, rings to read.

So a few of us have been out staring at gulls and waders again, catching up with some old colour-ringed friends, and the last week has seen birds from all over Europe resighted. We've seen Black-headed Gulls from Belgium and Poland (no fewer than three!) and also a 20-year-old bird ringed locally, Med Gulls from Belgium, Ireland and France, a Herring Gull from the Channel Islands (seen previously at Dungeness, Kent), a Black-tailed Godwit from Hampshire and a Curlew from The Netherlands.

Sadly none of my photos are any good, but a couple of the Polish Black-headed Gulls at Par Beach Pool were also photographed by Allan and Iain Stewart, so thanks to them for these. 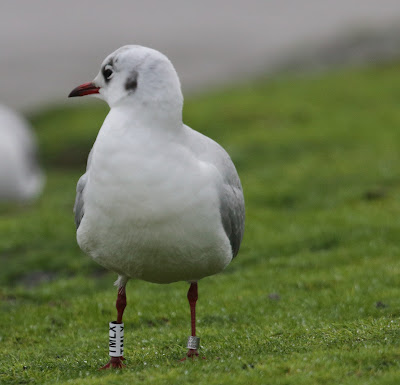 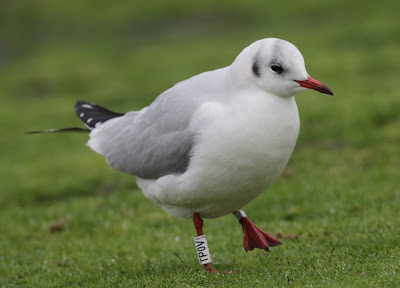 Posted by Mark Grantham at 09:26 No comments: