It's been a long time since we've blogged, but having received this photo we had to share. Yellow AZTN was one of 166 Mediterranean Gull chicks ringed in Saxony, Germany this summer. Of those 36 have been seen since, 25 in the UK, so it was nice to see AZTN at Stithians Reservoir earlier in the week. 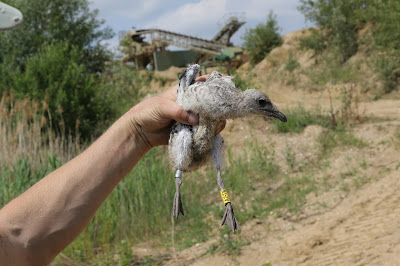 In total almost 500 German-ringed Med Gulls have been seen in the UK, with just 20 seen in Cornwall. Thanks to Andreas for the quick reply on the sighting and the photo.
Posted by Mark Grantham at 09:14 No comments: