The group had a busy weekend, out and about on both days. On Saturday we were once again helped out by Alan and Roo (from Rope Geeks) to safely access the first Chough nests of the season to continue the colour-ringing project. We managed to access two nests in mine shafts in West Penwith and a sea cave nest site on the Lizard, ringing a total of 10 chicks. This is a great result for all of these sites and we hope to be visiting a few more in the coming week.


There were of course a couple of other big events happening on Saturday (Royal wedding and FA Cup final for those reading this way in the future), so in recognition of this, meet Antonio and José who we ringed at one of the sites. 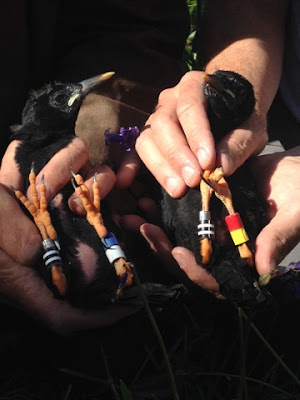 Sunday was a bit less strenuous, but rather busier, as we were running a ringing demonstration and nest-finding trips at the Cornwall Wildlife Trust event at Caerhays Castle. In the nets we caught a nice variety of birds, including Great Spotted Woodpecker and Jay, and also managed to show families various nests including Robin, Dunnock, Song Thrush, Blue Tit, Great Tit and Coal Tit.

Posted by Mark Grantham at 07:51 No comments:

First owls of the year

With the prospect of a late breeding season following the spring snow, we had a tour round a few Barn Owl sites yesterday to see how birds were getting on. Covering a patch from Hayle up to Newquay we visited 14 sites, with rather mixed results. 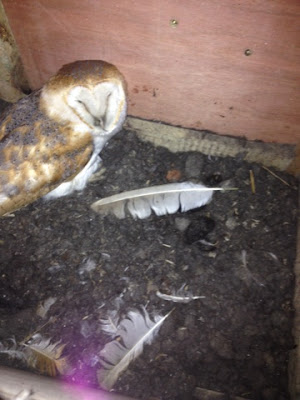 A couple of the sites are quite new to the project, so it wasn't surprising they weren't occupied, but three sites we'd expect to be occupied were empty. There were also two sites with birds present but not breeding, so this does seem quite a high number. 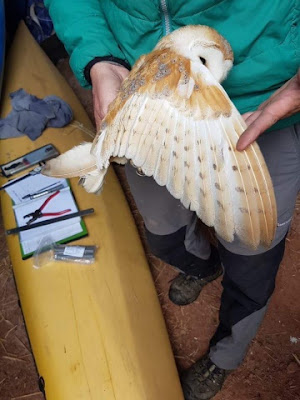 This did leave several sites with birds in residence, but even some of these sites had new, unringed birds present. In fact we ringed nine birds at six sites, with just one recapture and even this was a bird ringed as a chick nearby the previous year. So although many of these birds had clutches of five or six eggs it may be that many new birds have been recruited, so it'll be interesting to see how the season progresses. 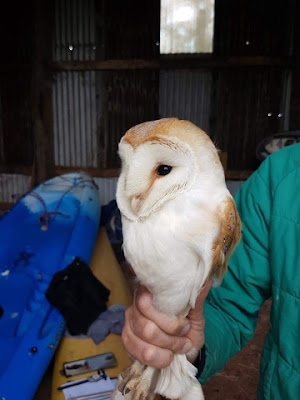 Posted by Mark Grantham at 08:06 No comments: