Seabirds are an important component of the avifauna in Cornwall, but one that has been little-studied in recent years. The group currently focuses on monitoring breeding seabirds along the coast from Rinsey to Mullion.
Kittiwakes

In 2012 the group began colour-ringing breeding Kitiwakes at Rinsey Cliffs and Trewavas Head as a RAS (Retrapping Adults for Survival) study. The project involves adding unique colour rings to birds at the colony and then monitoring the number that return in subsequent years to breed, giving an indication of over-winter survival.

Poor weather in 2012 meant that only 27 birds were ringed, but more notable was the recording of six colour-ringed birds originally ringed at Pont du Raz in western France. Two of these birds, ringed in 2007 and 2008, have only been seen back at their natal colony on a couple over occasions since ringing and are probably birds trying to establish at colonies elsewhere. These birds are called ‘squatters’ and will spend several years attending nests of other birds before hopefully moving in to one once it’s abandoned or vacated.

The most interesting though was YNM,OBB, ringed at Pont du Raz in 2006. This female was seen back at its natal colony seven times in 2008, 13 times in 2009, 10 times in 2010 and just twice in 2011, at the very start and end of the breeding season. In 2012 it was present at Rinsey Cliffs on seven dates between 29th June and 23rd July and then seen on six dates in another French colony at Pont du Van Cleden from 3rd August. The chances are that this is a bird that had attempted to establish in its natal area and then also in Cornwall in subsequent years. But having failed in 2012 it had moved back across the Channel. 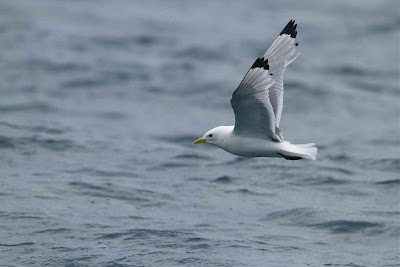 Breeding figures for Rinsey Cliffs in 2012

In 2013 the group began monitoring breeding seabirds on Mullion Island, in conjunction with the National Trust and Falmouth Marine School. We will in particular focus on Cormorant and Great Black-backed Gull, colour-ringing both species. The work on Great Black-backed Gull will be an extension an existing project on Looe Island, whilst we will be colour-ringing Cormorant chicks to monitor dispersal of birds away from the island. 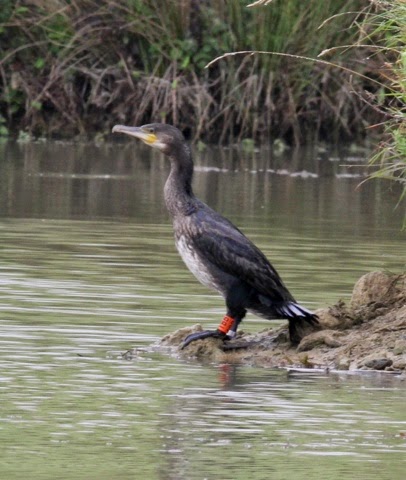 Other planned work on the island includes:
After a relatively poor breeding season in 2013, and despite the storms on early 2014, numbers of both Great Black-backed Gull and Cormorant on the island were higher in 2014. Numbers of Cormorant rose from 24 nests in 2013 (ringing 11 chicks) to 52 in 2014 (ringing 19 chicks). For Great Black-backed Gulls, we counted 80 eggs and 18 small chicks in 2013 (eventually ringing just four birds), compared to174 eggs in 62 nests in 2014 (eventually ringing 17 birds).

Over new moon periods during the summer, we target the ringing of Storm Petrels at Hot Point at The Lizard. Although not breeding locally, these are presumably birds breeding as far away as Isles of Scilly and western France. Birds also pass through early in the summer en route to breeding sites in Ireland and western Scotland. 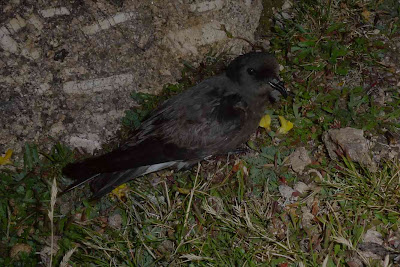 Over the years we've found that July is our busiest month for Storm Petrel ringing, summarised below.