We've never had the chance to make two Cormorat ringing trips over to Mullion Island, but the spacing of the colony this summer allowed us to get over safely again at the weekend. Thanks again to Lizard Adventure we took a few kayaks over and landed both side of the island so that we could corral the young birds in the Sea Mallow. 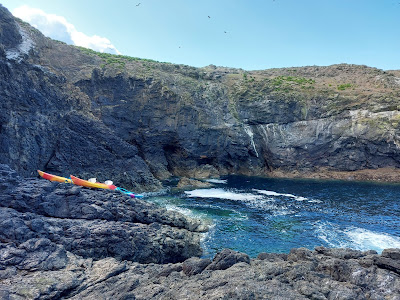 Some of the larger birds we let waddle off onto the top of the island so we could concentrate on the medium-sized chicks. With an efficient team, we were able to ring 25 chicks, 23 of which we also gave a coded orange ring which can be read at distance. We strictly limit our time on the island (to no more than an hour), so had to leave another dozen chicks unringed. But with a record number of nests this year (at least 73) this was always going to be a productive year. We sadly also didn't have time to count the Great Black-backed Gull nests on the island either, but with plenty of birds sat on eggs (and even a left-over Manx Shearwater meal) we hope they too will have a good year. 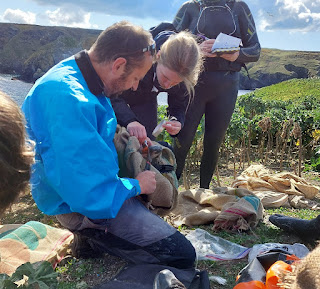 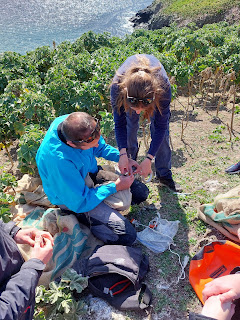 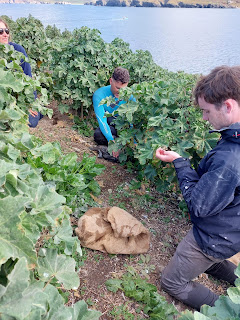 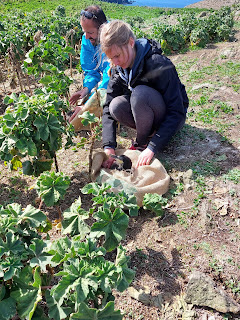 Across the two visits we colour-ringed 44 chicks this year which is by far the most we've ever ringed, so it'll be fascinating to see how these birds get on and where they end up. Thanks again to Lizard Adventure for the loan of their kayaks (and guide) and wehope to be working with them again soon when it's time to ring gull chicks.

Posted by Mark Grantham at 07:51 No comments: