Another calm week gives us the opportunity to get back into our sewage works sites, with this morning seeing us at Gwennap works. The cold weather meant that good numbers of Chiffchaffs were taking advantage of the abundant insects on site, and our 58 birds caught included an impressive 33 Chiffchaffs. Of these, five were 'Siberian' Chiffchaffs (tristis race), some more distinctive than others.

But the highlight was this rather interesting Coal Tit, which we're pretty sure was of the nominate Continental race. Whilst it didn't have the classic peaked-crown appearance, the blue-grey mantle and very extensive bib do seem to point towards this race. We're keen to hear other opinions though... 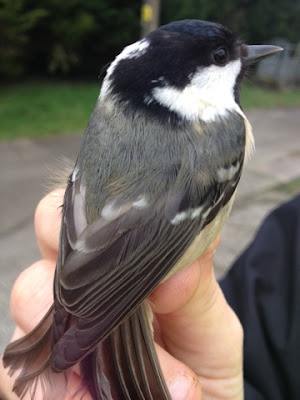 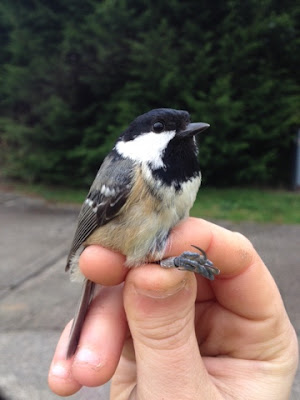 The five tristis Chiffchaffs also gave us the opportunity to compare the extremes of the race, with two birds being of the classic cold grey appearance, whilst the others showed varying degrees of olive/yellow in the plumage. Below is one of the least obvious examples, but DNA identification of such birds does always comes back as tristis. 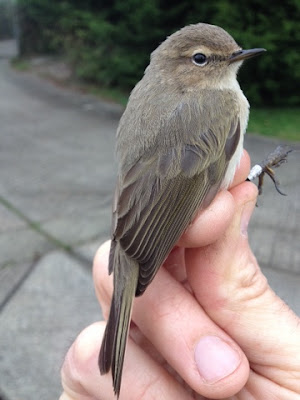 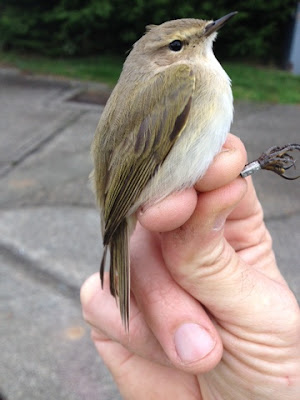 Posted by Mark Grantham at 15:48 No comments:

This afternoon we received a report of one of our Mullion-ringed Cormorants, seen at Chard Reservoir, Somerset in early November. But the bizarre coincidence was that it had been photographed stood next to a second colour-ringed bird, ringed as a chick on Kreupel Island in The Netherlands earlier this year.

Kreupel Island has a fascinating history, being created as a bird refuge between 2002 an 2004 when 3 million cubic metres of dredged material was dumped on an existing sandbar. It is now home to Europe's largest Common Tern colony.

Many thanks to Kevin Harris for reporting this bird, with the photo above coming from the Chard Reservoir sightings page.
Posted by Mark Grantham at 15:35 No comments: