Having been photographed as a scruffy young bird at Gunwalloe back in September 2016, we wonder if Z994461 was keen to show of its better side now it looks rather smarter? Local wildlife photographer Terry Thirlaway managed to photograph enough of the ring on a Stonechat in the lighthouse garden at Lizard yesterday to identify it as this same bird - quite an achievement!

So just to celebrate the change from scruffy juvenile to proper grown-up we thought we'd share some pictures here. 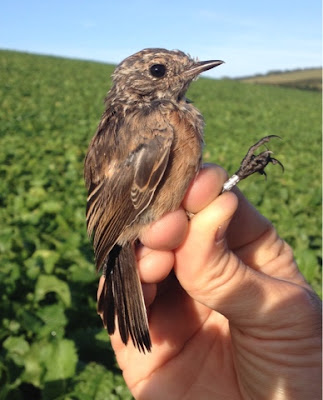 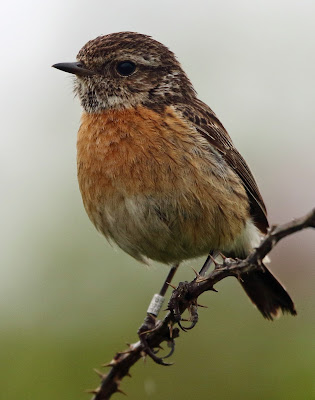 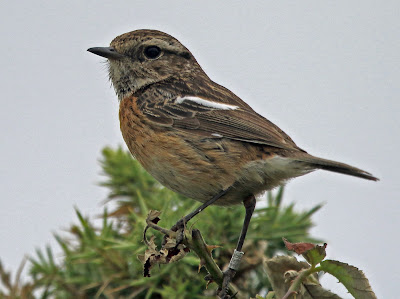 Posted by Mark Grantham at 14:03 No comments:

We've spent lot of the last week catching up on monitoring and ringing of some of our breeding birds. This has mostly involved Barn Owl boxes and Kittiwakes, but also some new-moon Storm Petrel and urban gull ringing.

So far this year we've ringed 16 adult and 30 nestling Barn Owls, and recaught 10 adults already with rings (including this bird from Suffolk). The birds at Windmill Farm reserve on the Lizard always offer a surprise and this year was no exception. Last year we saw one of the palest chicks we'd ever seen in the brood there and again this year we ringed one very pale chick. But of more interest was the unusual patterning on the wing, with the outer three primaries very different to the rest! 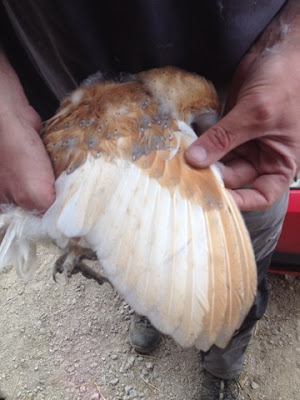 Amongst the other boxes visited was this brood of four chicks which chose not to use the whole of the box, but simply all bundle up on top of each other! 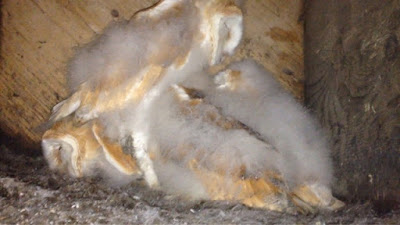 Aside from monitoring the Kittiwakes at Portreath from the cliff-tops, we continued our colour-ringing project at Trewavas Head at the weekend. While two group members kayaked round from Portleven, one climbed in bringing along a ladder to help reach some of the more lofty ledges. It's a good sign when a lot of the birds in the colonies here are already ringed, so we only managed to add another nine adults to our colour-marked population. 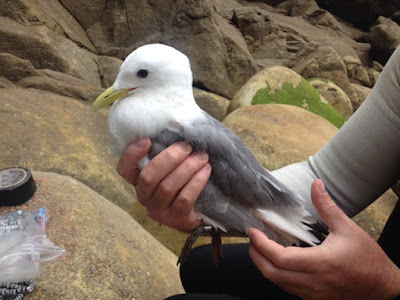 As for Storm Petrels, despite the light wind and early date, we managed to catch an impressive 81 birds at Lizard on one night, including three birds that were already ringed. One of these was from the Channel Islands, with the others both being ringed in 2016 in west Wales. One was ringed on Skokholm Island on 26th July and the other at nearby St David's four days later, providing further proof of the Celtic links of our Stormies.
Posted by Mark Grantham at 16:49 No comments:

It's that time of year in sunny Cornwall where the roads slow down and lots of new faces arrive in the county on their summer holidays. Apparently this isn't just restricted to people though (emmits as we call them down here), with some birds from 'up-country' also finding Cornwall to their liking.

This might not be too surprising when we're talking migrants, but even we're surprised sometimes by the arrivals we find. Whilst recently checking Barn Owl boxes in the far west of Cornwall, we came across a ringed female in a box with her chicks, but the ring number was unfamiliar. It turns out this bird had been ringed as a chick the previous year in east Suffolk, which is quite remarkable! The box is monitored by the Suffolk Community Barn Owl Project and this looks to be by far the furthest movement they've heard of from their hundreds of boxes.

Many thanks to the National Trust West Cornwall Barn Owl Project for helping monitor these boxes in Penwith and to the Suffolk project for providing us with some quick feedback.

As if this was surprising enough, I was emailed by Sue Sayer (Cornwall Seal Group) the very next day with details of a colour-ringed Kittiwake photographed during one of their boat-based surveys at Porthmissen earlier in the year. In a strange coincidence, this bird was also from Suffolk, ringed as a chick in Lowestoft in 2014. It was seen again in Lowestoft in June 2016 but not since and may well be a young bird prospecting new nest sites. 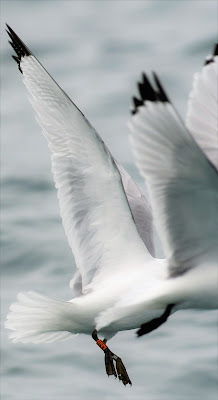 Posted by Mark Grantham at 08:37 No comments:

With Mullion Island's Cormorants mostly all grown up, it was safe to head over to the island yesterday in two kayaks to do our first Great Black-backed Gull nest count of the year. A small team of four were able to cover most of the island, just missing out areas where the young Cormorants (and some Shags) were perched up on the cliff ledges. 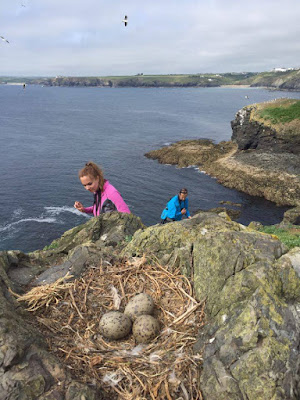 Whilst some birds were nesting on open ground, most were tucked deep in the Mallow that covers half of the island. This doesn't make nest counting very easy, hence needing a small team to be able to line-search through the vegetation, which is often over head height! 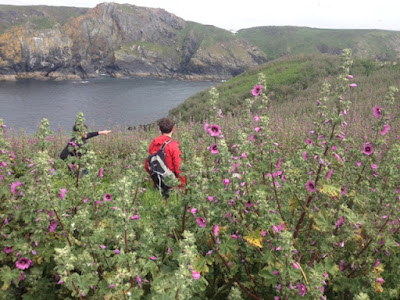 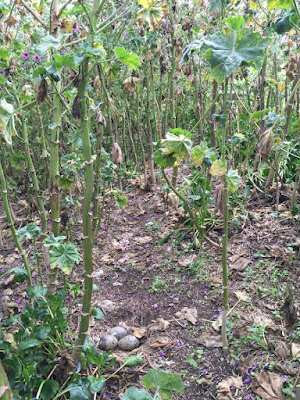 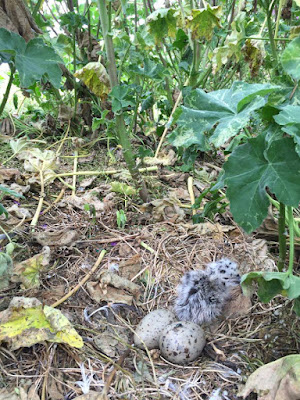 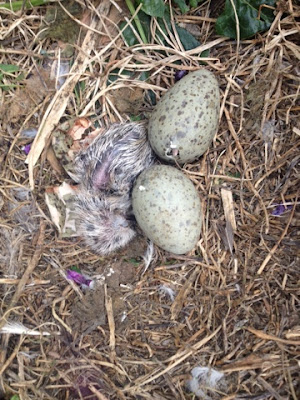 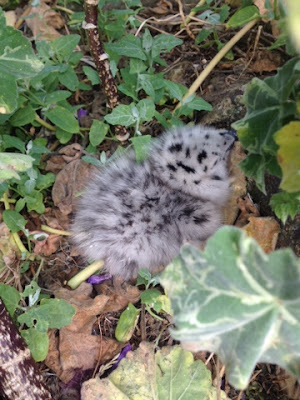 In total we located 70 nests, although we did miss some areas of the island. This compares reasonably well to the record count last year, but there were slightly fewer eggs/chicks than expected. Totals over the years for the island are shown below for info.


Whilst on the island we were also hoping to ring some Shag chicks, but in the end only two right on top of the island were in a safe enough place to get to. 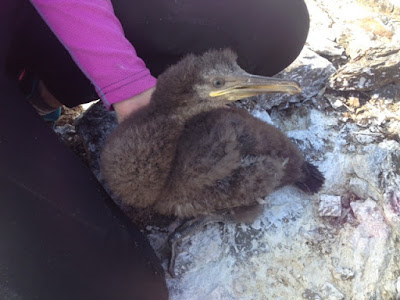 Posted by Mark Grantham at 10:21 No comments: