Return to the sewage works

After a long absence we've finally managed to get back access to our sewage works sites for the winter, which is great news. Last week we had out first session at Gwennap works, ringing 11 Chiffchaffs, including one tristis bird.

This morning we headed to Ponsanooth and although it was a bit quiet (to warm) we did have a good morning with a few interesting birds, so below are a few of the highlights (thanks to Jack Burton for the better pics!). 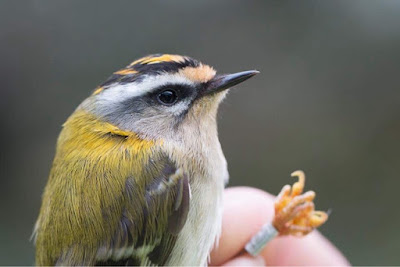 Posted by Mark Grantham at 22:21 No comments:

Like many ringing sites in the UK, 2016 didn't seem to be the best of breeding seasons, with the cold, wet spring seeming to have reduced the amount of successful first broods. Compared to 2015, the most noticeable drop in numbers over the autumn was for Sedge Warbler, from over 1,300 ringed to barely 700 this year. This may have been due to the weather and slightly reduced coverage, but the national picture seemed to be show a poor breeding season. Blackcaps were late arriving in September and, like Sedge Warbler, in much lower numbers. The current total of just over 1,450 again compares poorly to the 1,933 ringed in 2015. The only real up sides saw Willow Warbler pretty stable at 469 compared to 473 last year, and Whitethroat actually increased, from 248 to 366.

During September coverage was similar to last year, but increased dramatically in October with extended periods of calm weather. During this later part of the autumn, the most noticeable absentees were the crests. There may yet be more to come, but the total of just 167 Goldcrest is well down on last year's 469. Similarly, just 27 Firecrest ringed so far doesn't compare to the bumper catch of 114 in 2015. The highlight of the autumn though was the mass arrival of Yellow-browed Warblers. After the dramatic increase in 2015 (with 22 ringed), this autumn has so far seen an incredible 105 birds ringed, with 13 ringed in one day alone! Long-distance movements of Yellow-broweds are rare, so we were surprised to catch a bird in 2015 ringed in Lincolnshire the week before. This year, we retrapped a bird on 31st October that had originally been ringed at St Abb's Head, Borders on 9th October, almost 700km to the north. 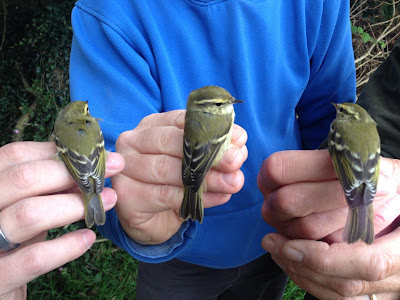 Other unusual species trapped during the autumn include two Nightingale, four Wryneck, Melodious Warbler, Marsh Warbler, an unprecedented two Paddyfield Warblers, two Dusky Warbler and Little Bunting. With the weather now turning for the worse, it's doubtful we'll get many more days in before packing up at the end of the month, which is a pity as the thrushes have arrived and the ongoing turnover of Chiffchaffs has included numerous tristis, with several 'Siberian' Lesser Whitethroats also turning up, but more on these later... 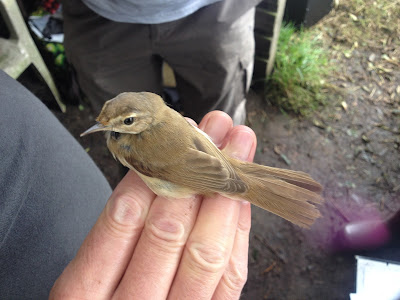 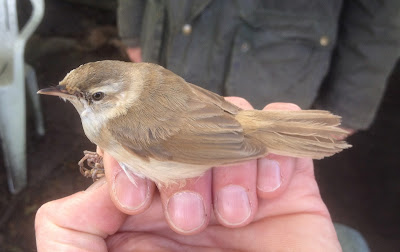 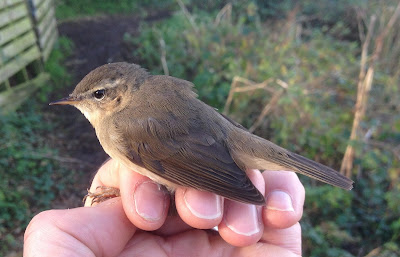 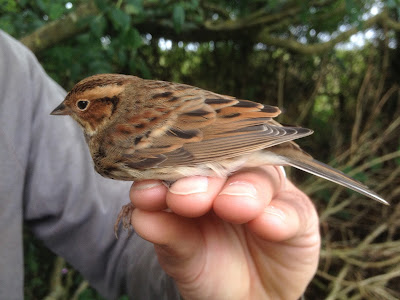 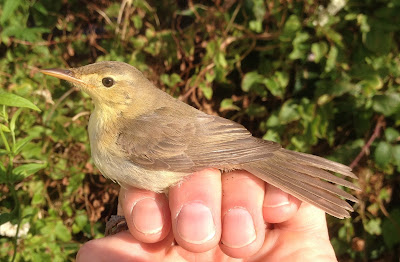 Posted by Mark Grantham at 18:14 No comments: