Following the depressing failure of the Trewavas Head Kittiwake colonies (see here), it's vaguely encouraging that the colony in Western Cove, Portreath seems to be thriving. A late evening visit to catch up on some nest recording saw a very busy colony, with some birds already fledged. 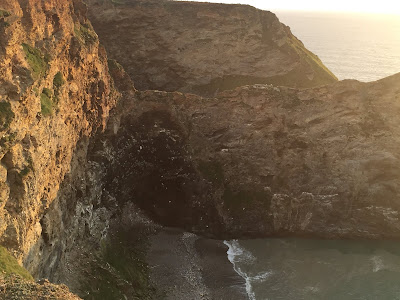 It was also good to see a nice variety of ringed birds, with a bird from Puffin Island (Anglesey), three from Pont du Raz (Brittany) and also one of our own Trewavas Head birds (VM, ringed as a chick in 2017). It was surprising to see good numbers of loafing birds away from the main colony as well, which we presumed were local birds, but in amongst them were three French-ringed birds we've not recorded before at Portreath. So we did wonder if these were dispersing birds or failed breeders. But we were then amazed to see a recently-fledged juvenile on the cliff with a nice set of French colour rings! 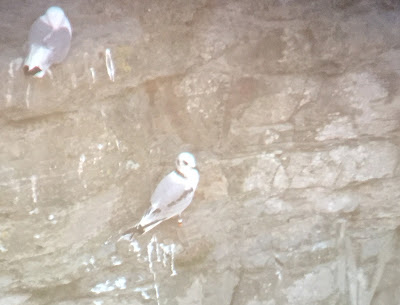 A quick email (and equally quick reply) to Jean Yves Monnat in France and he confirmed that this was Green/Yellow/metal - White/Black/Orange. It was ringed on 28th May at Pointe du Van and took it's first flight on 6th July, then being seen daily until 15th July. It was one of the first juveniles to leave the colony and made a pretty quick movement over to Cornwall, and just goes to show how closely linked these colonies are across the Channel.

So it's always worth casting a glance over Kittiwake flocks at this time of year as you never know what you might find. 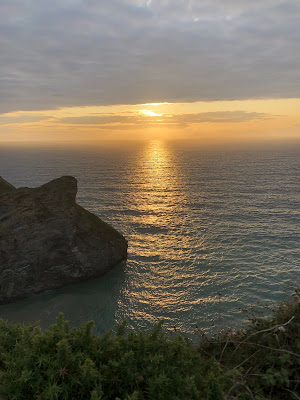 Posted by Mark Grantham at 12:09 No comments: