In the UK most Chiffchaffs will be summer visitors, spending the winter to the south and west of us, neatly shown by the online ring recoveries map, showing most recoveries in France and Iberia: 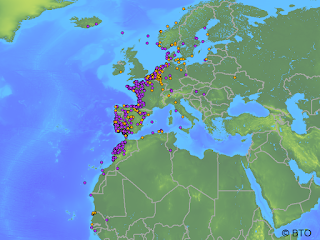 But the wintering birds we see here in Cornwall come from points north and east, a fact confirmed today with the capture of a bird at Gwennap Sewage Works that was wearing a ring from the Hiddensee scheme in Germany! 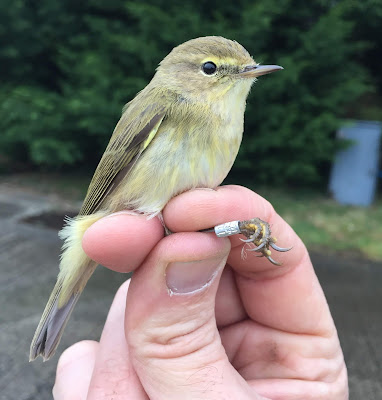 There have been just 12 reports of German-ringed Chiichaffs in the UK so this was a pretty special bird! This was pretty lucky as we only caught three Chiffchaffs, compared to 23 at the previous attempt when it was colder.
Posted by Mark Grantham at 16:13 No comments: