After a very busy Chiffchaff morning at Carnon Downs works, now seems like a good time for an update. Perfect conditions this morning allowed an amazing catch of 73 Chiffchaffs, including no fewer than eight tristis race birds! Our catch also included two controls from Nanjizal (45km as the Chiff flies), including a tristis ringed on 1st December. Equally interesting was the recapture of a bird ringed at Gwennap works on 5th January; the first time we've recorded any bird moving between two sewage works sites! It may only be 4.5km between these sites, but for all the time we've netted at various sites this is a notable first.

After such a big catch, we then decided to work out our Chiffchaff totals for the year. It turns out we've ringed 151 Chiffchaffs, including 14 tristis birds. This is a bit artificial though, so the more sensible totals are for the whole winter; 211 Chiffchaff ringed, of which 22 were tristis! These totals really do go to show how important these sites are for wintering Chiffchaffs. Just for fun, below are a few of the recent tristis birds, some taken in apparently poor light... 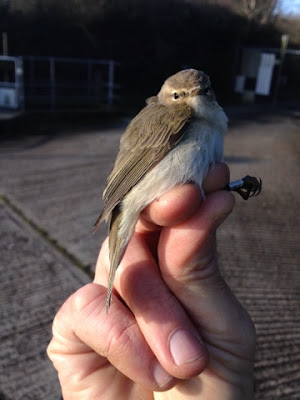 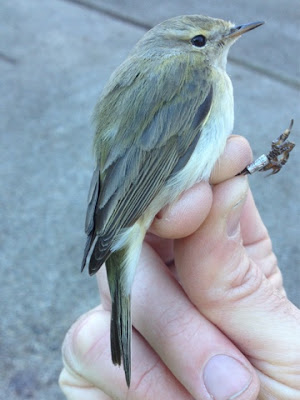 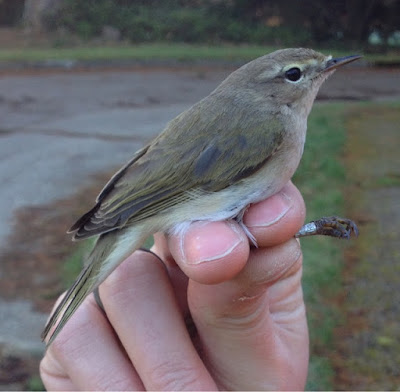 Posted by Mark Grantham at 22:45 No comments:

Parisienne chic at the sewage works

The only slightly shabby thing about the morning was the state of the forehead of the bird below, as it seemed to be moulting in new head feathers. But it may just be Parisienne chic, as it was already wearing a French ring, so it'll be fascinating to see where it's from! 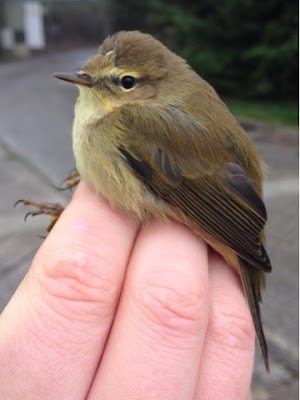 There are just 26 records of French-ringed Chiffchaffs being found in the UK, with two of these being in Cornwall, including one we recaught at Carnon Downs sewage works back in February 2012.
Posted by Mark Grantham at 16:59 No comments: