Finally the weather calmed down enough this morning to allow us to dash out an get some nets up. We still had to dodge the rain showers at Ponsanooth Sewage Works, but it was worth it with plenty of birds buzzing round the site. Whilst our total of 38 birds wasn't stunning, this was more than made up for in quality. The total included 13 Chiffchaffs, two of which were classic tristis Siberian Chiffchaffs, another was a bird we ringed at Ponsanooth in January 2013 and another had originally been ringed in Devon in September 2010. This was a juvenile when ringed so may have been on passage and may well have wintered in Cornwall each winter since then. Whilst we'll never know, it's a good age already so might even last another winter.

After catching our first Yellow-browed Warbler of the year (but not the first of the winter of course), we then heard a bird calling just outside the site and when we finally tracked it down we noticed it was unringed, so we briefly put a playback call on and it was soon in a net. The first bird may well have been an adult, but these are quite hard to age confidently, but the second bird had a very pointed tail and was probably a first-winter. 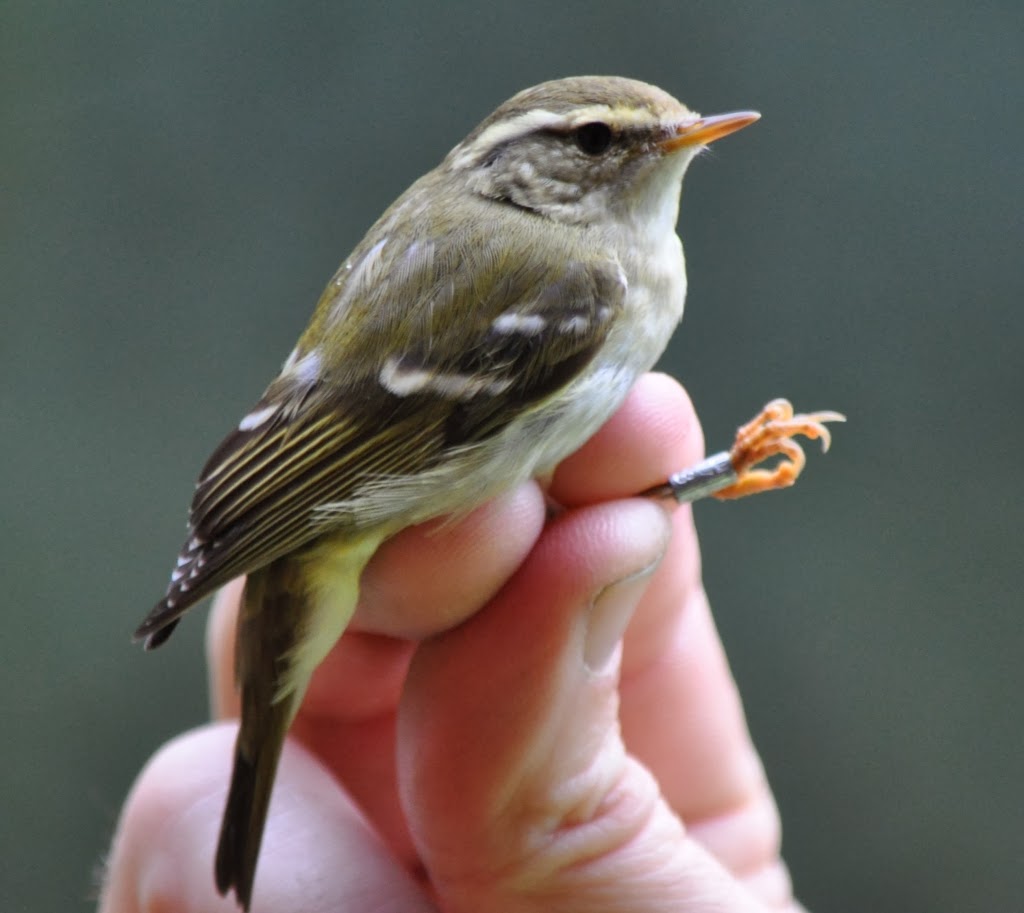 Just to add to the above, we also ringed a single Firecrest, with another unringed bird around, so not a bad day all told! 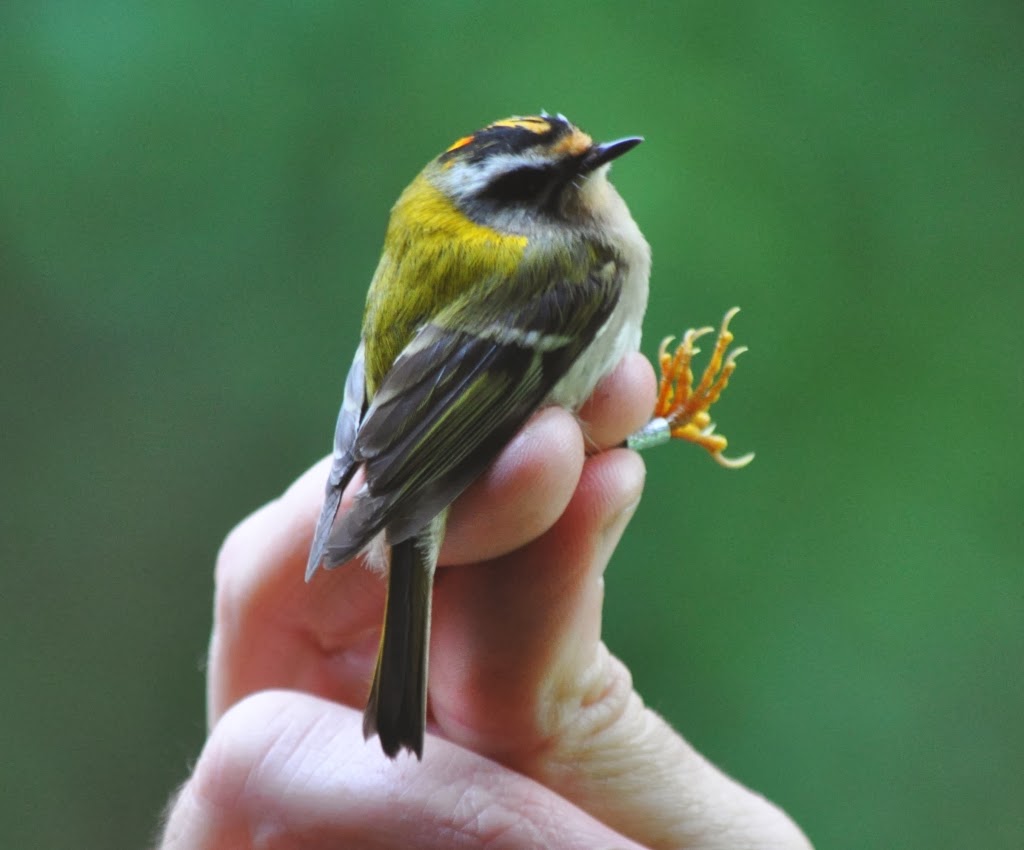 Thanks to Emma Inzani for the photos, taken in very dim daylight!
Posted by Mark Grantham at 16:24 No comments:

Our first proper team outing of the year saw us dropping in to a couple of our sewage works sites: Carnon Downs and Gwennap. The day saw us catch just 38 birds, but this did include 17 Chiffchaffs and a scattering of Pied Wagtails, Meadow Pipits and 'others'. One of the others was a juvenile Robin that showed quite nicely how easy they can be to age sometimes.

On this bird, note how the retained juvenile greater coverts (yellow in colour) show obvious 'thorns' that are longer towards to bird's body, whereas the moulted adult-type greater coverts (more orange in colour) have more limited 'thorns' which are more obvious on the outside of the feather tract. Simples!

Unfortunately we didn't catch the three Siberian Chiffchaffs on the two sites nor the Yellow-browed Warbler at Gwennap. Next time...
Posted by Mark Grantham at 18:59 No comments: 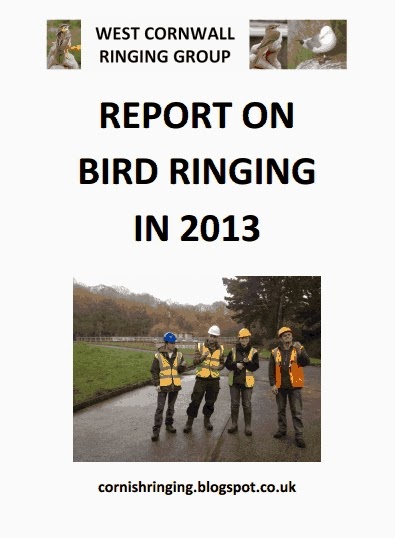 With the wind not looking like it's going to ease any time soon, this gave me the chance recently to put together some facts and figures for our first ever ringing group report.

I won't give away all of the juicy totals and recoveries here, but it was a reasonable year, hampered only by yet another summer of poor weather. Hopefully if the climate sorts itself out a bit in 2014 we'll see a good increase in the totals for the group, so watch this space.

Email ThisBlogThis!Share to TwitterShare to FacebookShare to Pinterest
Labels: 2013, report

We failed..... Came within inches of one at Windmill Farm near Lizard, but a bit too light - next time!
Posted by Mark Grantham at 21:29 No comments: