We've previously blogged about a Scottish-ringed Osprey seen at Devoran on its first autumn migration and then again three years later, so read the background here. Remarkably, Blue JF1 has returned again, seen at Restronguet Creek yesterday. We're not sure if it was seen back in Scotland since rigning, but it's great to know that it finds Devoran to its liking and on past performance it will remain on the river for a while yet. 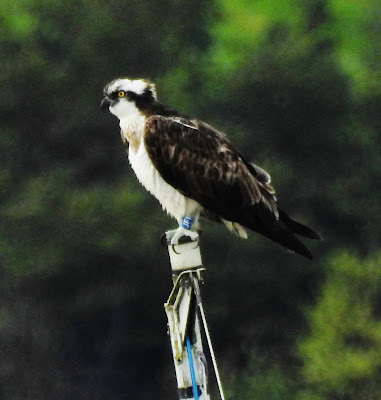 Thanks to John St Ledger for the report and the classic Osprey photo.

Email ThisBlogThis!Share to TwitterShare to FacebookShare to Pinterest
Labels: osprey