Manxies, some very late owls and a Norwegian Curlew

We've been busy over the last couple of weeks, so have a few bits of news to share.

Over the August new moon we ran two Storm Petrel public ringing demonstrations, aiming to give people the rare chance to see these amazing birds up close. The visitors to Porthgwarra were not only treated to seeing a few Stormies in the hand (and enjoying their distinctive smell), but also a couple of Manx Shearwaters! These are only the second and third we've caught in Cornwall so it was incredibly lucky to have two on the same night. As far as we can tell, only 28 Manxies have ever been caught in the county, including seven in 2002, one by the ringing group at Lizard in 2015 and now two more. 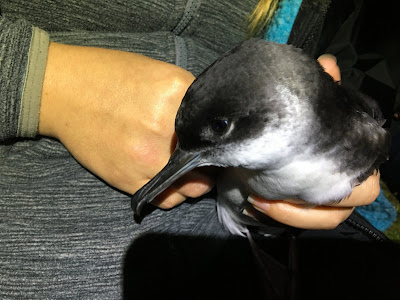 Over the weekend we also took the opportunity to visit the last two active Barn Owl sites we monitor. both of which we think are replacement clutches after an early failure. Sadly one of these didn't progress past two eggs, but the other had a brood of very young chicks (and possibly two unhatched eggs), so these are likely to be ready to ring in September. We rarely ring chicks this late in the season and in fact we've only ever ringed one brood in September, on the very late date of 22nd September 2020. 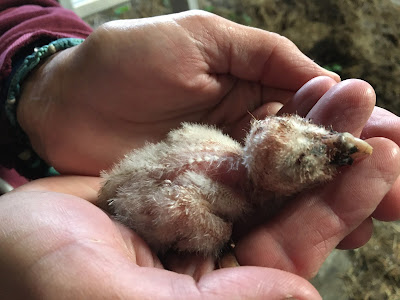 Lastly, we were contacted this morning by the Head Greenkeeper at Newquay Golf Club as one of their staff had found a dead Curlew on the course, sadly predated. The bird was ringed though and is in fact the first ever Norwegian-ringed Curlew to be found in Cornwall. We've had birds from Sweden and Finland in the past, but this bird completes the Scandinavian trio, so it'll be interesting to see where and when it was ringed. 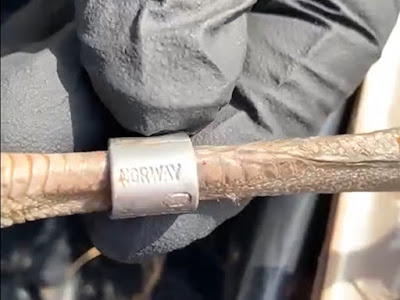 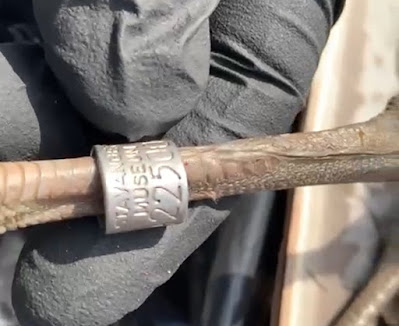