This week we received a rush of reports from Burhou, Alderney though, with four of our birds recaught there on consecutive days:

Whilst some of these may be wandering non-breeding birds, it's interesting to see birds from 2012 and 2016 which are now breeding age birds. Presumably these are nesting on Burhou, which is in fact the only site that Storm Petrels breed on the islands. 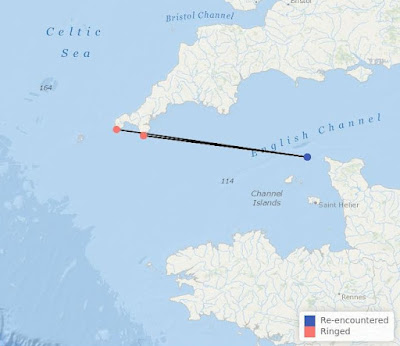