With the easing of restrictions coming at the perfect time, we took the chance of some flat clam seas this morning to make our first trip over to Mullion Island as part of our annual seabird monitoring. Earlier in the season we'd photographed the island from the clifftop and estimated 63 occupied nests, which is the most we've seen on the island since we started monitoring nests in 2013. 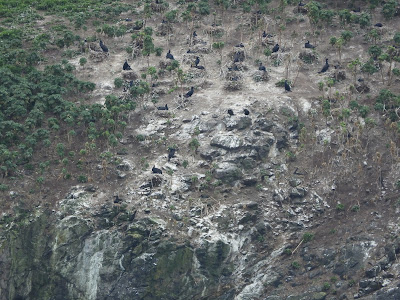 With enough big chicks to make a ringing trip worthwhile, with the help of Lizard Adventure we kayaked over and realised that we'd underestimated the number of nests, with the colony spreading deep into the Mallow, hence not visible from the mainland. We need to review the revised estimate, but at over 70 nests this is quite significant.

With three small ringing teams, we managed to ring 21 chicks, with 20 also large enough to take an orange colour ring to allow us to better track movements. 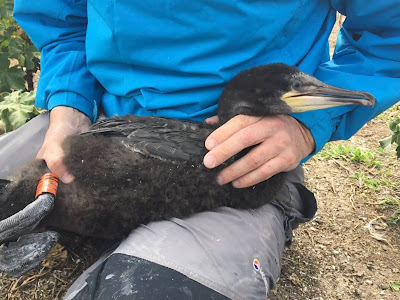 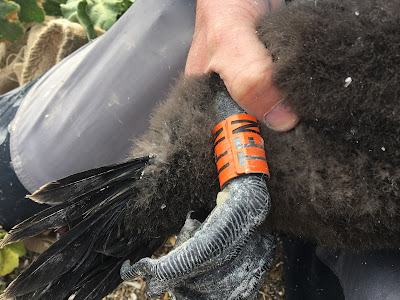 Many thanks to the ringing team and we were on and off the island in under 45 minutes, so minimising disturbance as much as possible. It'll be fascinating to see how this cohort of chicks fare and there may be more to ring yet as many nests still had unhatched eggs!