It's been a strange summer for lots of our regular projects, with freak weather, bird flu and remnants of Covid still making life difficult. Some of our birds have fared particularly badly, with Kittiwake reduced to just one successful sitre across Cornwall, a crying shame.

Our Barn Owl monitoring continued pretty much unaffected though and despite the drought, birds actually seemed to do OK. The project continued to grow and we personally visited over 100 boxes for the first time, which is no mean feat. Despite clutch sizes being nothing special, birds survived quite well and were about average.

It did seem that pairs along the north coast fared the best though (average brood size of 3.7), followed by Lizard and Penwith (3.4), central Cornwall (3.0), whilst those in the east of the county suffered most in the dry weather (just 2.3). 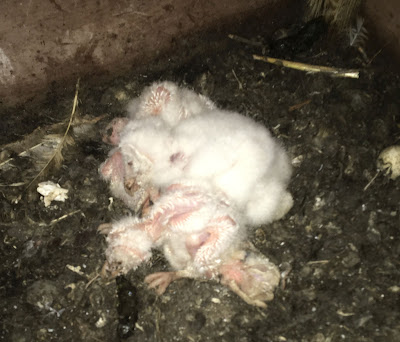 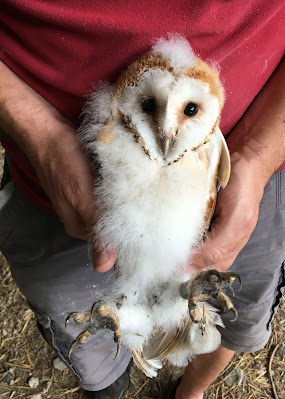 We continued our run of bizarre movements as well, with a non-breeding male (with a regular female) in an established site in Penwith having been ringed as a chick in 2017 in Northumberland. This is our furthest movement to date (at 587km) and it'll be interesting to see if it stays to breed now.

We sadly also received three reports of ringed birds dead on the A30 during the year, all on the open dual carriageway between Carland Cross and Fraddon. Along with a bird that had to be put to sleep after becoming tangled in a barrbed wire fence, this was a poor year for our chicks.