Our first Herring Gull to Spain

As 2021 draws to a close, we had an exciting late Christmas present in the form of our first ever Herring Gull sighting from Spain. As we seem to have found, it's our rehabilitated chicks that tend to wander the most and this was no exception, as W:573 was an orphaned chick released at Stithians Reservoir in August 2021 and photographed in NW Spain yesterday. 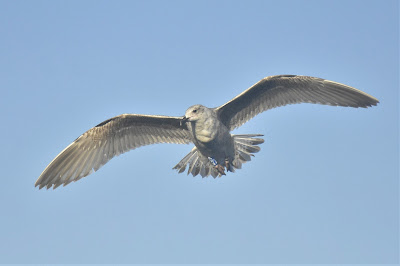 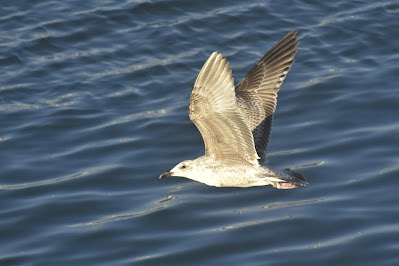 This is in fact the first Cornish-ringed Herring Gull ever to be found in Spain, with the only other foreign movements reported being to France. The map below shows all of our own foreign movements to date from our colour-ringing, with the location of W:573 marked by the red star, so you can see just how unusual the sighting is! 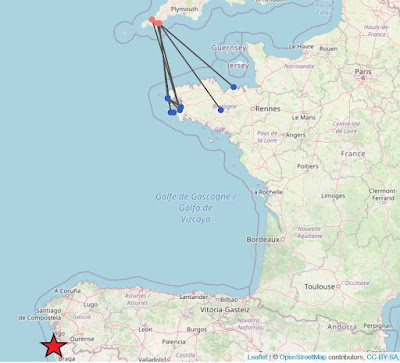 To put this into some context, the BTO's Online Ringing Report shows only 31 previous records of BTO-ringed Herring Gulls found in Spain, so W:573 really is a special. It'll be interesting to see how long it stays so far south (at the far southern edge of the wintering range for the species) and whether or not it eventually returns to Cornwall.

Many thanks to Nicolás Magdalena García for reporting this bird and allowing us to use his great photos.